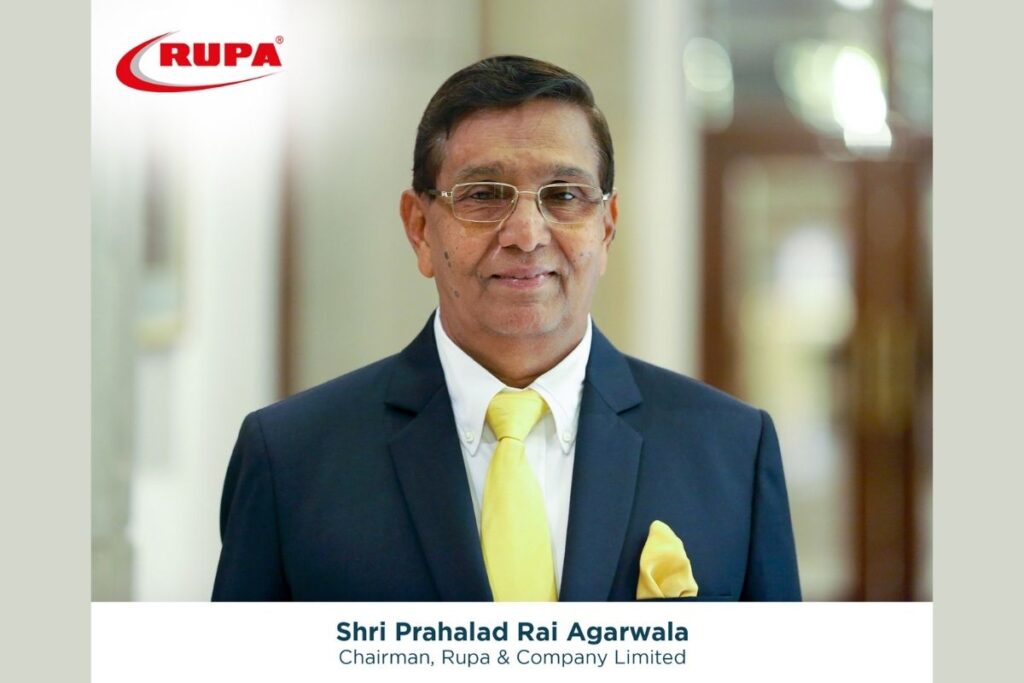 Mr. Agarwala has been selected for one of the highest civilian awards of the country for his distinguished service in the field of trade and industry.

Kolkata, February 1: Adding another feather to his cap, well-known industrialist Prahlad Rai Agarwala, who leads the Rupa Group, has been selected for the Padma Awards, one of the highest civilian honours of the country.

Each year, the Padma awards are announced on the eve of Republic Day for distinguished service in art, social work, public affairs, science & engineering, trade and industry, medicine, literature & education, sports & civil service. The awards are conferred by the President of India at ceremonial functions at Rashtrapati Bhawan around March/April.

Mr. Agarwala, Executive Chairman of the Rupa Group, has been selected for the Padma Shri award for his distinguished service in trade and industry. The prestigious award is an apt recognition of his tremendous achievements as an inspiring business leader and philanthropist and his immense contribution to the development of trade and industry, especially the hosiery industry in India.

“It is a privilege to be named alongside some of the biggest and most respected names in the fields of art, public affairs, literature and education, trade and industry for the Padma awards. I have received several prestigious awards over the years, and each one is special, but this Padma award is the most special honour. I extend my sincere gratitude to Prime Minister Shri Narendra Modi Ji for the honour,” Mr. Agarwala said, reacting to the honour. Under Mr. Agarwala’s inspiring leadership, the Rupa Group has emerged as India’s unquestionable number one knitwear brand. The group started as an innerwear manufacturer, but its range of garments now also includes casual wear. He provides strategic direction and leadership to Rupa Group and has been the driving force behind its growth over the past four decades. He has also been named Honorary Consul of the Republic of Colombia for his efforts to improve relations between India and the Republic of Colombia. Here’s to saluting a man – who has become an embodiment of exemplariness!