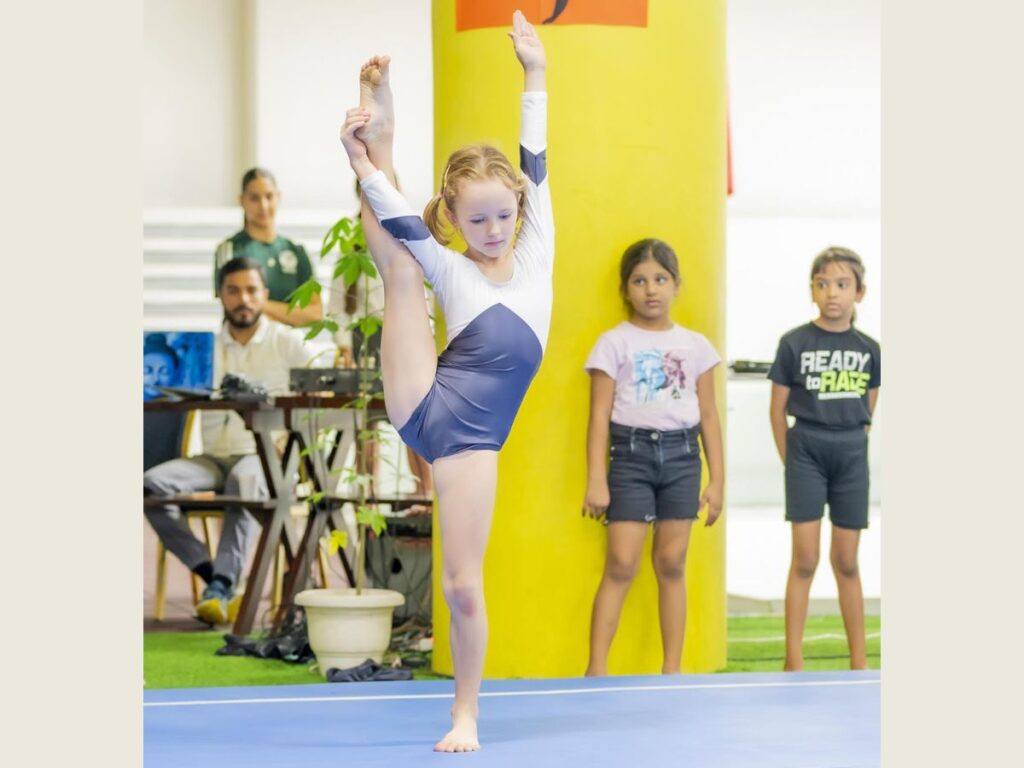 More than 190 students from 18 top schools participate in the tournament.

Gurgaon (India), October 7: Lancers International School in Gurgaon, which has been ranked as among the best International Baccalaureate (IB) schools in the country, hosted the 2nd LIS Invitational Inter School Artistic Gymnastics Cup Championship (Girls) 2022-2023 at its campus on September 30.

The Championship saw competition in different age categories, such as under-8 and under-10. For team events, a minimum of five players participated. The performances were judged on the basis of difficulty scores and execution scores by an esteemed panel of judges including national level medalist and Joint Secretary of Gurgaon Gymnastics Association Dr. Abhishek Tripathi, Asian Games participant Arti Rana, international bronze medalist Ms. Meenakshi, state medalist and national gymnastics judge Mr. Mohit, and state medalist Shubhanshu Prakash.

Students of Lancers International School came out with flying colours winning ten medals in different categories, including Ela Pensimusova’s bronze in floor exercise and gold medal in trampoline event and Eliana Issak’s Gold in All round championship for under 8 years age group category, Iyana Kaur’s Bronze in Floor exercise, Inayat Bhullar’s Gold and Anvi Rana’s 4rth position In trampoline, Inayat Bhullar’s Gold and Aaina Pahwa’s bronze in the Balancing Beam, under-10 categories. LIS also won the gold in the team championship. The winners were awarded medals, prizes, and certificates by the distinguished judges and other officials.