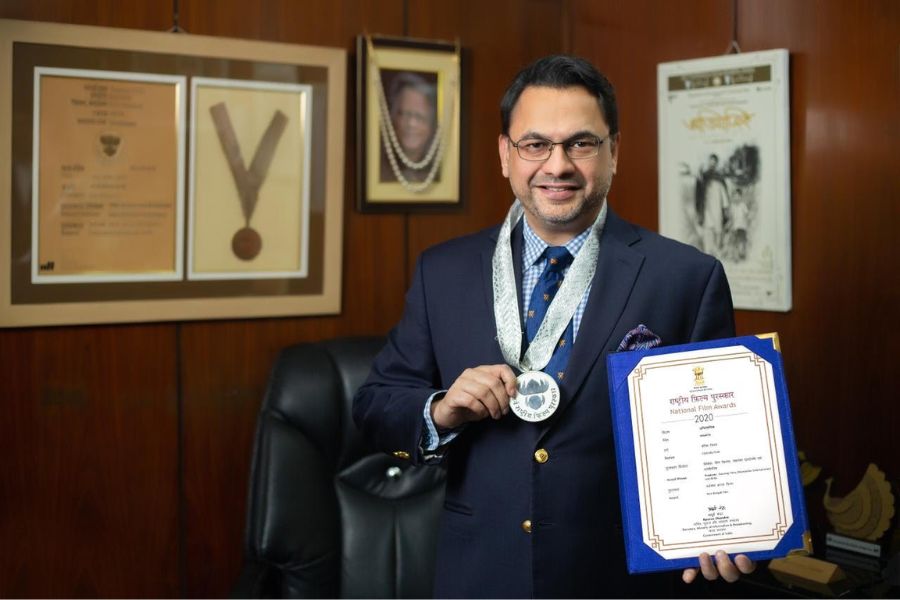 New Delhi [India], October 26: Avijatrik (The Wanderlust of Apu) continued to receive accolades and huge appreciation locally & globally. Since 2020-21, despite the pandemic, the film has travelled far & wide globally and won 44 nominations in reputed Film Festivals and 28 awards & recognitions. These include 2 National Awards & 3 Filmfare (East) Awards, amongst others. It is the second National Award for Gaurang Films, the first being for Safed Haathi, 43 years ago.”

After the 68th National Film Awards (NFA) awards, Producer Gaurang Jalan said, “This is the most awaited award for any film, and I am glad that team Avijatrik received two. We thank the Honourable President of India, the I&B Minister, DFF, the learned Jury of 68th NFA, audiences & the media for supporting and encouraging us all the way.” He further added that it had been a season of many firsts with Avijatrik. Promising Director Subhrajit Mitra & DoP Supratim Bhol received their first National Awards. Noted percussionist Maestro Bickram Ghosh received his first Filmfare for best background score, along with Supratim Bhol for best cinematography. Lead actor Arjun Chakrabarty, who played iconic  Apu- also received his first Filmfare award for Best Actor. Four times National Award winner Madhur Bhandarkar received his first national award as Co-producer of a Regional ( Bengali) Film, along with NCKS Explorations. Awards were also obtained for Best Sound design & Costume design by Tirthankar Mazumdar & Agnimitra Paul, respectively, from WBFJA, for the first time. Infact, a new trend has also been set for B&W films after Avijatrik!

On enquiry about future projects by Gaurang Films, Gaurnag Jalan remarked, “We are discussing a bilingual (Hindi/English) project with a leading American streaming platform for web series besides a few local projects. We also intend to be in the music space in the near future!”

Avijatrik is a unique film with a rich legacy. With ‘Avijatrik’ (The Wanderlust of Apu) – the enduring and endearing character of ‘Apu’ returned to the silver screen after six decades! It is the sequel to the classic “Apu Trilogy”, directed by Satyajit Ray & BG by Pt Ravi Shankar. The plot takes off from where “The Apu Trilogy” had ended in 1959 with “Apur Sansar”.   Warner Music Group, India, have acquired the soulful music of  Avijatrik, and it is their first Bengali acquisition which is available on all major music platforms. On popular demand, Avijatrik was re-released during Puja vacations, in 2022, in Kolkata & IMDb rating is 8.8. For more details, please visit:  filmavijatrik.com

Avijatrik has been streaming on Zee5 & Zee Bangla since October 2022.

Some awards & recognitions at a glace

Next post At a very young age, Tanuj Sapra achieved big milestones in his career