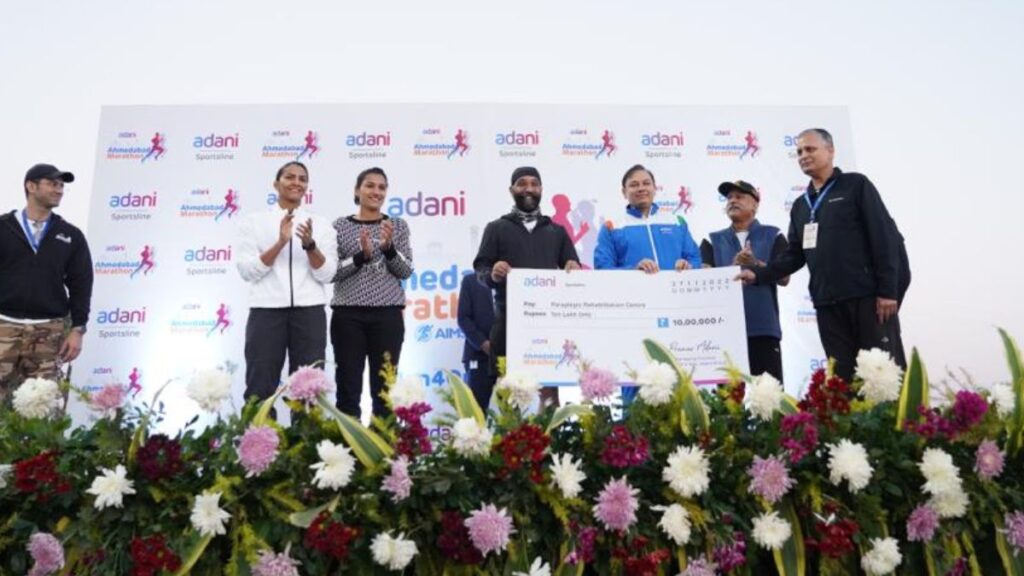 Ahmedabad, December 05: Among the most important aspect in this day and age, is that people need to be at their fittest to stave off any unwanted problems.Indian sportspersons Geeta Phogat and Rani Rampal admit that fitness is key to healthy life and events like the Adani Ahmedabad Marathon can encourage people to be fit.

“When you prepare for or participate in a marathon, or in any sport, you understand the need for being fit. And being around people from different age groups, who are fit and taking part in something like the Adani Ahmedabad Marathon can inspire one to take up the challenge of a healthier and fitter lifestyle. Such events are important for the common man, and the fact that the proceeds from the run is going towards the welfare of the armed forces is likely to make people more interested in such events. You’re not only doing something good for yourself, but also for others,” said Geeta Phogat.

Geeta, who is India’s first Gold medal winner in wrestling at the Commonwealth Games, believes that taking up a sport like wrestling could be tough for people and explained running and jogging should be easier, ideally, and could be done by everyone to improve their fitness and lifestyle.

“For those who aren’t runners, it is not very difficult. I can imagine a sport like mine, wrestling, being tough, but running and jogging is something almost everyone can do. It doesn’t matter how much a person runs, but just by running, the whole body gets a good workout. I feel that everyone should take this seriously.”

While Geeta had clinched her Gold in the Commonwealth Games in New Delhi in 2010, Indian hockey ace Rani Rampal had led her side to a historic fourth-place finish at the Tokyo Olympics 2020. It was a campaign that took the country by storm and had everyone glued to their television sets through every minute of the games.

Speaking on the sidelines of the Adani Ahmedabad Marathon, Rani said, “Taking part in a marathon is not easy. But, when a common man sees that he is sharing the stage with better athletes, he realises that he can also do it and work towards it. It inspires people to strive harder,” she said.

The ace hockey player also praised the marathon organisers for extending a helping hand to the welfare of those in the armed forces.

Formed in 2019, Adani Sportsline has an overarching philosophy to inculcate a culture of sports at the grassroots level and create globally competitive opportunities for future champions in India. In line with the group’s vision of nation-building, the company aims to build a world-class ecosystem that nurtures sporting talent, accelerates the sports economy and plays the role of an enabler in India’s journey to become a leading sporting nation.

Nagpur (Maharashtra) [India], February 4: A four-day book fair has been organised in the city by Kitab Lovers, specialising in...